68 studies on the efficiency of marijuana against cancer

Cancer is a leading cause of death in industrialised countries. So far, the treatments available from the pharmaceuticals have limited efficacy, as well as significant toxicity and strong undesirable side effects. It is known that the marijuana plant can help in a natural way and relieve symptoms of cancer and chemotherapy: pain relief, nausea, vomiting, greater appetite, improvement of mood, sleep, relationships with the environment. 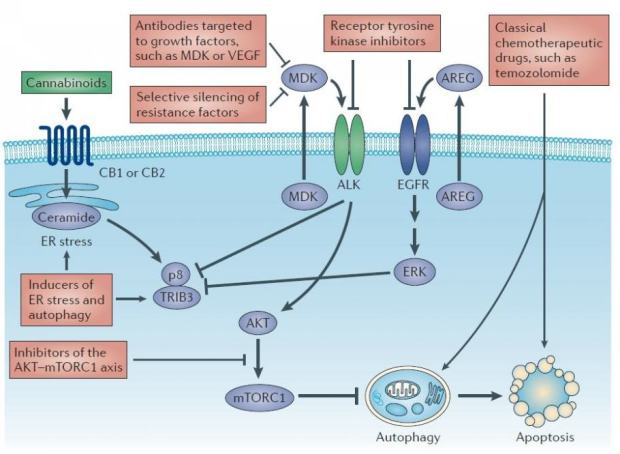 Examples of the most common cures are leukemia and brain tumors (gliomas), usually in children and even babies. However, these numerous testimonies are not sufficient evidence to convince the medical and scientific communities, which need reliable studies to confirm these claims.

Therefore, we can now find something even more interesting: some cannabinoids in the marijuana plant have a healing action against different forms of cancer. Several testimonies are available now in social networks, particularly in the United States, where medical marijuana is much more accessible than in Europe.  In order to rectify the situation, we propose here a (non-exhaustive) list of 68 international scientific publications, drawn from the best research laboratories, demonstrating the efficiency of the cannabinoids found in marijuana plants in the treatment of cancer. 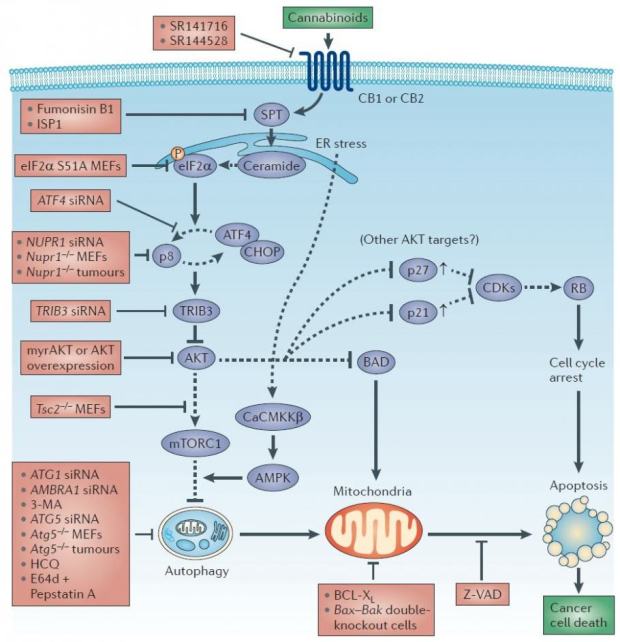 Studies on the action of cannabinoids against cancer 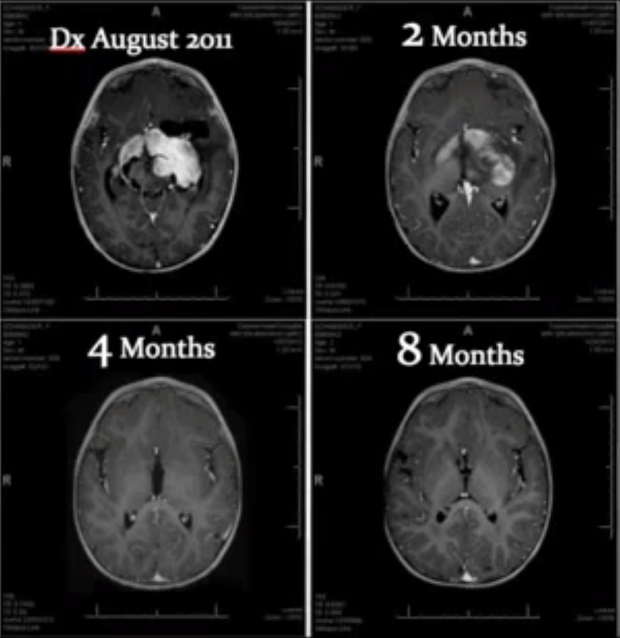 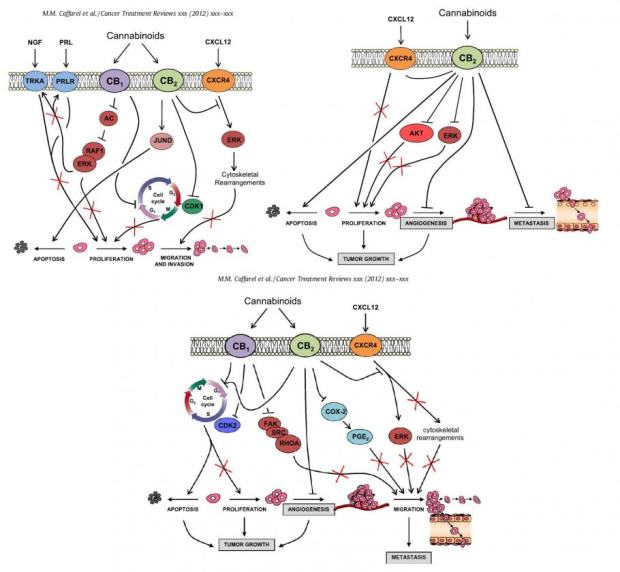 Marijuana against other types of cancer

Finally, it’s worth highlighting from these publications that the efficacy of cannabinoids against cancer depends on the dose: the higher the dose, the more important the action. Since it is difficult to obtain high and constant blood concentrations of cannabinoids by consuming marijuana plants in the usuall ways (smoking, vaporizing…) most patients use extractions of cannabinoids. The most popular extraction is called Rick Simpson’s oil . 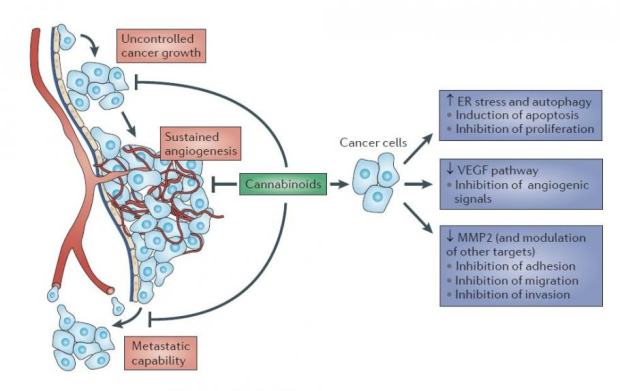 We advise you to use a high CBD marijuana strain for your extractions, for this non-psychoactive cannabinoid seems to be the one with best anti-tumor properties.

We greatly appreciate the research work carried out by Dr Manuel Guzman’s team at the Universidad Complutense de Madrid for their current work on the use of cannabinoids against cancer.

Do not hesitate to share this information in your community, particularly if you know doctors who do cancer research, and obviously with people suffering from this disease and seeking a natural, effective and safe complementary therapy.

The current legislation on medical marijuana is not adapted to the medical information available today.